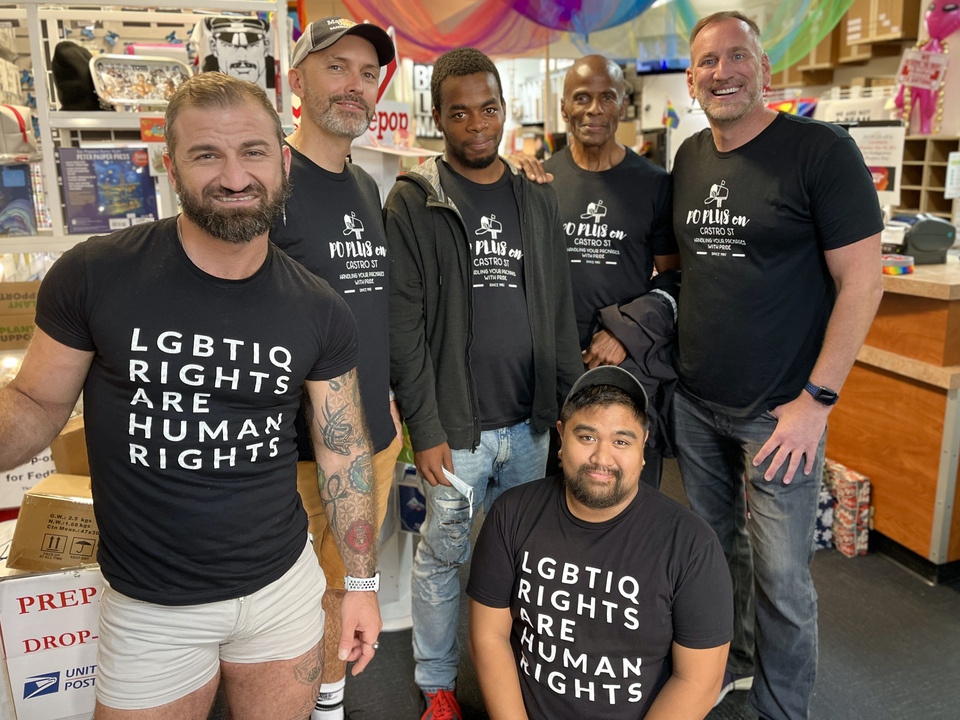 Last month, the San Francisco Small Business Council added the Castro mailbox and shipping store PO Plus (584 Castro Street) to the city’s traditional business registry, which acknowledges building its own “long-term, A business that serves the community” for three decades.

Currently, there are 320 small businesses registered in the city. PO Plus is the first postal and shipping company to receive this honor.

“I’m really proud and honored to be a part of the registry,” said PO Plus owner Steve Martel. “It’s not just for me, it’s more for the people who created PO Plus before me – especially Paul Moffett, who was the steward of the ship for 22 years.”

“I’m so grateful to the people who came before me who built such an amazing business,” Martel added.

Affectionately known as the “Gay Post Office,” PO Plus opened in June 1982. PO Plus is one of the oldest gay owned and operated businesses in the neighborhood.

Founded by JD Larson, PO Plus is the go-to place for Castro residents and visitors for their packaging, shipping, printing and business service needs. In 1994 Paul Moffett took over the store and ran it until selling the store to Martel in 2016.

In the early years, since maintaining a mailing address on Castro St. was a shame, PO Plus offered customers to send mail to
PO Box on Bryant Street. Larson treks daily to retrieve the mail and bring it back to PO Plus so customers can conveniently pick it up at Castro.

During the peak of the AIDS epidemic, PO Plus provided free notary services to residents of Coming Home Hospice.

“When I think of businesses in San Francisco, we’re your typical business,” Martel said.

“In addition to providing exceptional mail, shipping and business services, PO Plus has made an important cultural contribution to Castro by maintaining historic storefronts, the first bisexual political organization BiPol founded in the 1980s,” District 8 supervisor wrote Rafael Mandelman in his letter of support to the Small Business Office.

“Given PO Plus’ long-standing presence in Castro and their commitment to providing quality, community-oriented service, I strongly believe they will benefit from being part of San
Francisco’s traditional business registry,” Mandelman added.

Martel adds that creating a friendly and welcoming environment also contributes to the success of the business. “PO Plus is kind of like a bar without alcohol. Customers come in and they just want to talk to someone. I think that alone is the biggest reason we’ve been around for 40 years.”

Many employees have also been working since Martel took over in 2016. “It’s about the work environment,” Martel said.

Now four decades on, Martel says its PO Plus’ adaptability and keeping up with trends has made the business a success. Recent additions include virtual mail and soon-to-be-added wide format printing. Martel expects to have a wide-format printer up and running next year, allowing customers to print signs and banners.

However, the four decades of business have not been without challenges, including the Covid-19 pandemic. Fortunately, PO Plus was classified as an essential business at the start of the pandemic, Martel said.

While many businesses were forced to close, Martel told Hoodline PO Plus was open every day and never closed.

Martel explained that PO Plus meets the needs of people working from home who need a place to print, fax and ship packages.

Looking back on six years of owning PO Plus, Martel says, “When I took over, I was worried I would hit it underground. Thankfully, that didn’t happen.”